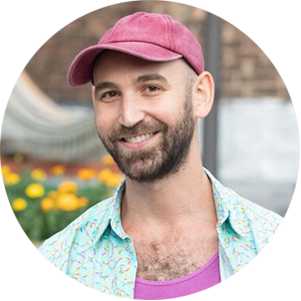 Originally from Cincinnati, Shmuly grew up with 13 siblings. By the time he was seven years old, he was sneaking into the family kitchen to bake cookies when his mom wasn’t looking.
In his teen years he expanded his repertoire to include breads — challah and sourdough, extravagant birthday cakes, and his famous pies.
While earning his BFA from the Fashion Institute of Technology (FIT), Shmuly worked as a florist, caterer, and eventually found his true calling as a food stylist and eventually Creative Director of Charcu.
A true artist, Shmuly loves bringing his fine arts background to the table. He views food as an artistic medium — he sculpts three-dimensional boards from fruits, vegetables, and cheeses, and uses the vibrant colors of nature as his palette. 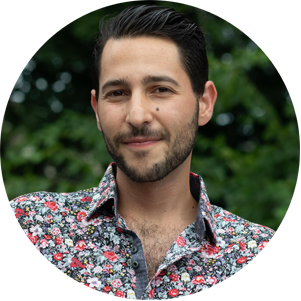 Avi was born and bred in San Diego to a Mexican mother and Bostonian father who had a passion for worldly cuisine.
From a young age, Avi embraced exotic dishes while helping his father cook curries and stews. Now, he’s most in his element when he’s in the kitchen integrating global flavors, ingredients, techniques, and traditions to achieve a dynamic yet approachable result.
Avi has an appetite for travel — he is endlessly inspired by the cuisines of other cultures, and it shows in his professional career.
Avi first cut his teeth as a cook at a Brazilian-American restaurant under the direction of a rigorous chef known for her delicious food, housemade pickles, and unparalleled butchery program. Since then, he’s worked at Momofuku Noodle Bar, acted as Sous Chef at New England-inspired Extra Fancy, and was the consultant and Sous Chef responsible for opening the Israeli restaurant Alenbi Kitchen in Brooklyn.
After years of developing his fluency in global cuisines, Avi has found his own culinary voice – and it is delicious. 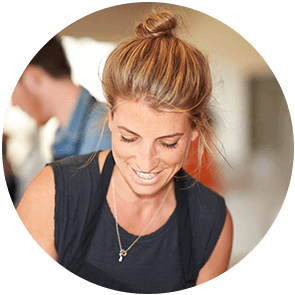 An inspired hybrid of her Orthodox roots mixed with her love for international cuisine, Deena’s approach to cooking is rooted in ancient culture, holistic healing and history.
With a background in science and nutrition in both eastern and western medicine, Deena sees food as medicine and how eating delicious whole nourishing organic foods will lead to a healthier life.
Not one to preach or follow the latest food trends, Deena believes in fresh meals, prepared with loving hands using the healthiest, most hydrating and nourishing ingredients possible, designed with the body’s natural processes in mind.
Her wide range of experience working with people recovering from cancer, to catering some of New Yorks exclusive events has provided her with the knowledge to transform nature’s most nutritious bounty into healing and fulfilling food, with full-bodied and exotic flavors. 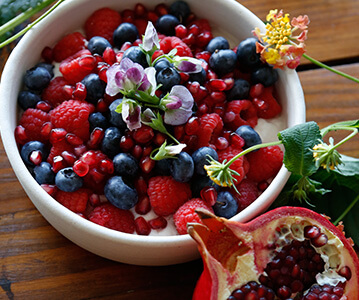 We prepare all food with love, from scratch, using the healthiest, most nourishing local, organic and health-promoting ingrediants. 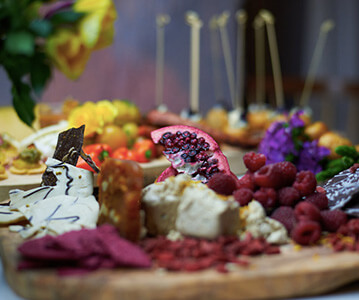 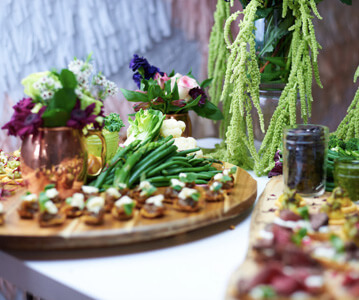 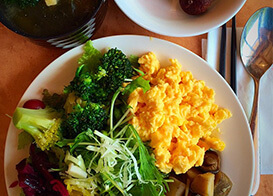 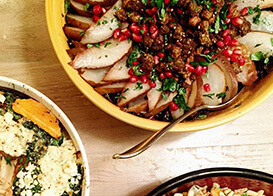 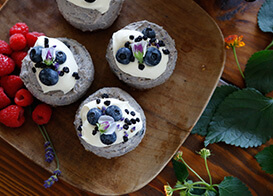 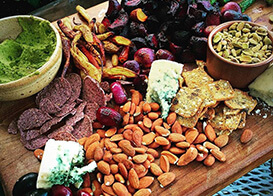